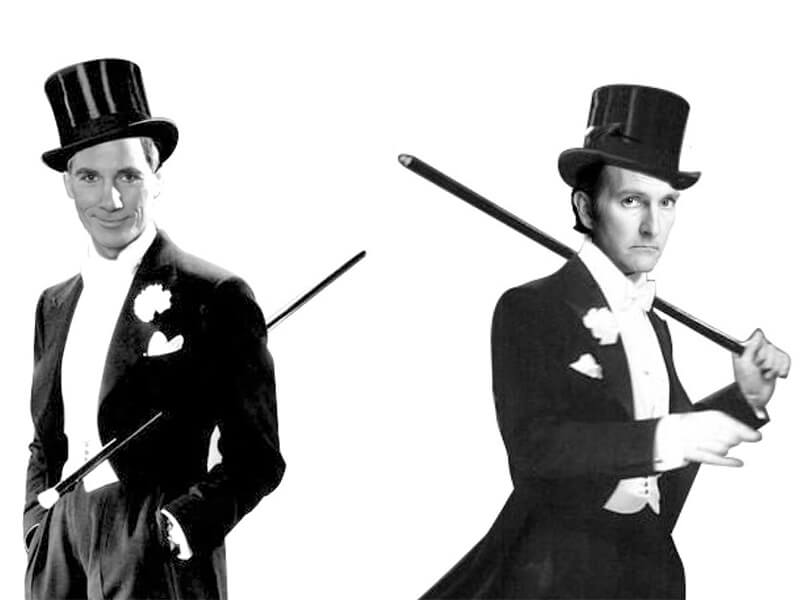 A COMEDIAN AND AN OPERA SINGER’S WORLDS COLLIDE!

David Hobson and Colin Lane have been friends for 25 years. From vastly different backgrounds, they have observed one another’s worlds and always thought, “Gee, wouldn’t it be nice to have a go at what that other guy does?” So here’s their chance to see whether the grass is a little greener.

It’s a unique and hilarious experiment that promises to enthral and entertain.

‘In Tails’ launched in 2016/17 with a selection of shows at the Adelaide Cabaret Festival, Festival of Voices, Albury Entertainment Centre, Spiegeltent Hobart and Capital Theatre Bendigo to resounding applause.

David Hobson, tenor & composer, is one of Australia’s best-known Opera performers with a repertoire that spans all styles from Baroque through to Pop and award-winning performances with Opera Australia.  He has #1 ARIA albums, was the leading man in Chitty Chitty Bang Bang, Follies and Funny Girl.  Appeared on Spicks and Specks, Dancing with the Stars, It Takes Two, Presenter on Foxtel’s Studio and since 2017 has been touring the successful production ‘The 2 Of Us’ with Marina Prior.

‘This is a clean, classy comedy that will keep you smiling! 5 Stars’ - Adelaide Cabaret Festival

‘The final applause was resounding’ - IN Daily

‘A joyride of pure entertainment … you really shouldn’t miss this one!’ - Adelaide Theatre Guide

Select ticket type and quantity for

2021 All rights reserved. Powered by